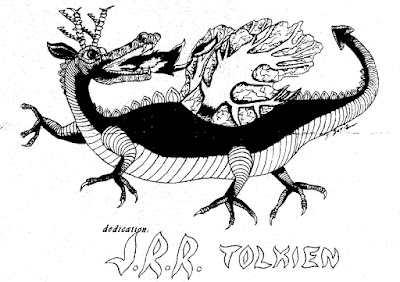 While Lenard Lakofa is perhaps best known to D&D players for his character "Leomund" and his associated "Leomund's Tiny Hut" column in Dragon Magazine (as well as the third-level MU spell of the same name from AD&D), his roots in fantasy gaming run much deeper:

Les Liaisons Dangereuses contains the following pieces mentioning Gary Gygax, GenCon, and Lenard's D&D rules/variants.  This list is not comprehensive, merely what I've found to date, and obviously doesn't include data on issues missing from the Dippy Zines archive link above:

The Wizard newsletters (1977):  Lenard edited this Chicago newsletter for the Dragon Seekers club (although there may have been another newsletter entitled "DragonSeekers" too?), and articles penned by Lenard appear in issues #3 and #4:

Leomund in Dragon and with The Companions

From the DragonDex, an extract of all of Lenard's articles from The Strategic Review, The Dragon, and Dragon Magazine:

With The Companions:  While Lenard contributed to a few of their products, as well as participating in some seminars with them at GenCons in the 1980s, their collaboration began in the late 1970s, as seen in The Wizard issue #4 piece above:

Lenard's RPGgeek entries also highlight some contributions to early D&D-related Netbooks, which I'll dig up and add here too.

Interviews and Livestreams with Lenard

For some basic information about Lenard, see his Wikipedia and RPGgeek entries.
I helped James Malizewski contact Lenard in 2008 to conduct this three-part interview series:
And of course Lenard has been a frequent guest on Jay Scott's LordGosumba Greyhawk-focused livestream on twitch.tv.  I haven't built an index of all of Lenard's appearances on Jay's show yet, but will continue to work on that:

My thanks to Mark Petrick for scans of The Wizard newsletters; to Andrew "Fid" Weist, Bryan Fazekas, Andreas Claren, David Prata, and the many L4 and L5 organizers and editors at Dragonsfoot who brought those projects to published completion; and to Fid again for the LD#80 articles.
Of course my greatest appreciation goes out to Lenard Lakofka, for sharing his works with us over the decades---our Greyhawk and AD&D gaming has been a far richer experience thanks to your myriad and substantive contributions!  You are missed!
Allan.
Posted by grodog at 4:45 PM